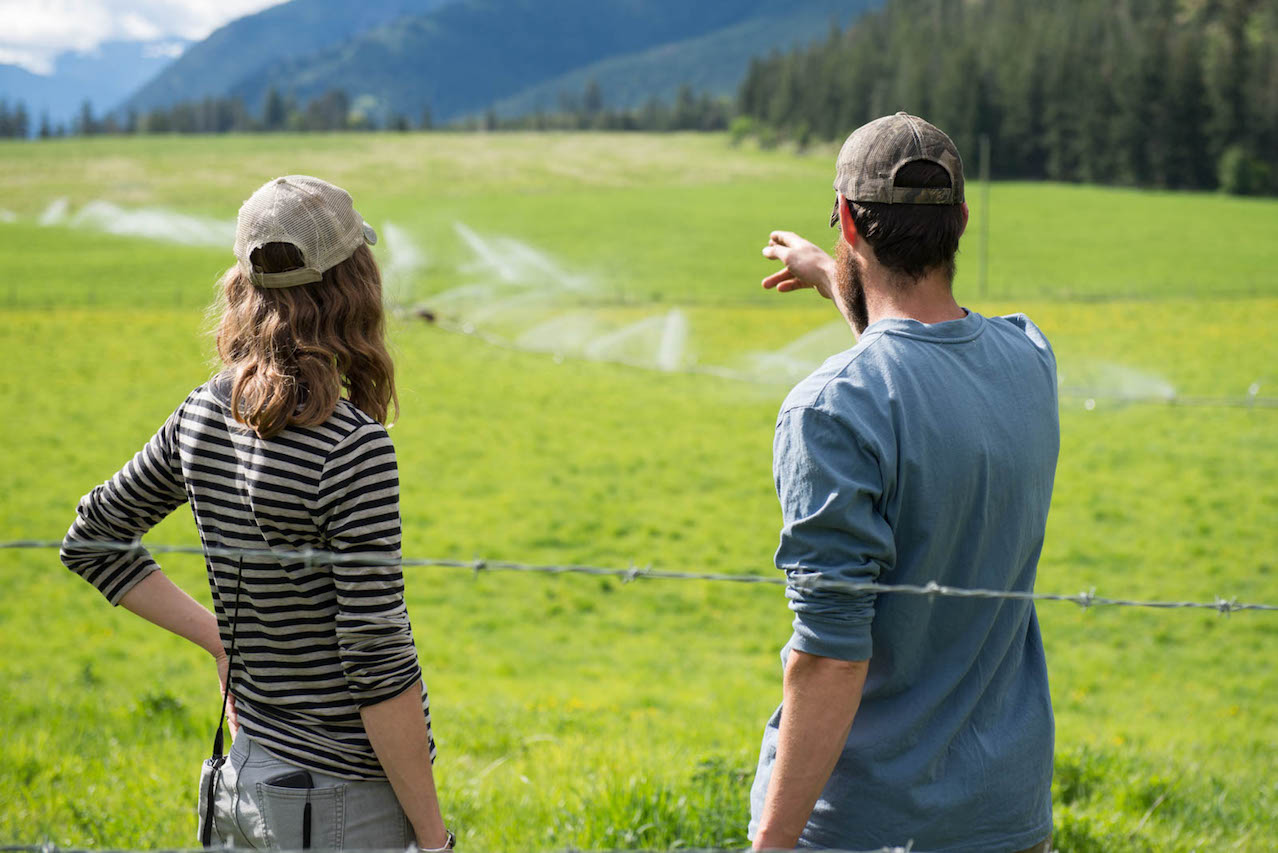 Aubyn majored in Studio Art at University of Puget Sound in Tacoma, WA and Tristan studied Natural Resources Conservation at University of British Columbia in Vancouver before we married — but we met in band class in high school in Northern California!  Tristan was raised rurally for most of his childhood, with a large homestead garden, poultry and horses to keep him busy with chores.  His father was a property manager for childrens’ summer camps, and the skills Tristan learned early have served him well since.  Aubyn, on the other hand, grew up in California’s bustling Bay Area, far from her grandmother’s roots as a farm girl.  Her childhood acquaintances might be surprised that their vegetarian hippy friend is now a Canadian rancher.

In our years as urbanites we followed a vegan diet, feeling that we could not access an ethical source of meat.  In 2009, we began homesteading off-grid on the Olympic Peninsula, where we lived and learned for five years.  We started out trying to become more self-sufficient and grow some food, but when you do something you love you are bound to produce a surplus.  We saw that raising our own livestock for meat, milk and eggs was beneficial for our health and the health of the land, and soon we had chickens, ducks, goats and pigs rotating around the farmstead.  Before long, we were producing a wide range of vegetables, fruits, herbs, flowers, meats and eggs for on-farm sales to our small community and we knew this was what we wanted to do for a living.

We put the dream out into the world, telling our friends, customers and the clients of our small contracting business that we were looking to move back to BC to farm.  Serendipitously, a client connected us to their former colleague who was looking to purchase a small ranch in BC.  We met, hit it off and it developed into the relationship we have now — our partners, who live in Seattle, purchased the land and we have shared ownership of the business.  We moved to Spray Creek Ranch in early 2014 and got right to work.

Our farming philosophy is rooted in several schools of thought within regenerative agriculture.  We use tools from management intensive grazing, holistic management, permaculture, agroecology and more.  We have been influenced by the work & writings of Darren Doherty & Lisa Heenan, Allan Savory, Jim Gerrish, Greg Judy, Kathy Voth, Allan Nation, Bill Mollison and Masanobu Fukuoka among many others.

“The ultimate goal of farming is not the growing of crops, but the cultivation and perfection of human beings.”    -Masanobu Fukuoka